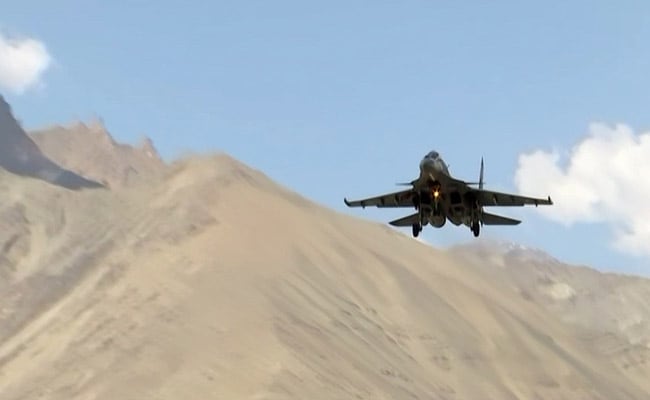 The dominance and control of the airspace will remain crucial to deal with future security challenges and any decision on boosting India’s military capabilities must be driven by its requirement and not on the basis of what has been done across the world, Air Chief Marshal RKS Bhadauria said Tuesday, in an oblique reference to the ambitious theaterisation plan.

At the same time, the Chief of Air Staff exuded confidence to find a “right solution” on ensuring synergy among the three services, noting that time has come to look at the future.

“We must recognise that in the decades to come, the vertical remains the most important domain,” he said at an event of a leading think tank, adding that “dominance” and “control” of the air will continue to be critical.

Chief of Defence Staff General Bipin Rawat has been working on the theaterisation model under which at least six new integrated commands are being envisaged.

“It is time that we have to look at the future. We should not look at what has been done across the world in the past or is being done. We know our areas and we know which direction we are going through. We need to decide what we want to do,” Air Chief Marshal Bhadauria said.

He added: “Our structures, organisational changes, our integration plans that are in place, we need to look at all options which will give us the best synergy in terms of putting all these together.”

“It is important that in our areas, how we organise ourselves and how we plan to integrate. This remains very clearly at the back of our mind and we come to structures that can not only synergise but we are able to shorten the decision routes and maintain the structures where you can most flexibly employ forces from each service and each kind of combat equipment,” he said.

As per the plan, each of the theatre commands will have units of the Army, the Navy and the Air Force and all of them will work as a single entity looking after security challenges in a specified geographical territory under an operational commander.

At present, the Army, Navy and the Air Force have separate commands. Initially, a plan has been firmed up for the creation of Air Defence Command and Maritime Theatre Command.

At a seminar last month, Chief of Defence Staff General Bipin Rawat, while referring to the proposed integrated theatre commands, described the Air Force as a “support arm” but Air Chief Marshal Bhadauria disagreed with him, saying airpower has a huge role to play.

There has been a perception that the IAF is not very keen on the theaterisation plan.

The theatre commands are being set up under a larger mandate of ensuring synergy among the three service chiefs to deal with future security challenges.

General Rawat took over as India’s first Chief of Defence Staff on January 1, 2020, with a mandate to bring in convergence among the three services and restructure military commands to effectively deal with future security challenges.

About the drone strike on the Jammu airbase, the Air Force Chief said the IAF is taking a series of initiatives, including procuring next-generation jammers to deal with such challenges and added that the attack would not have been possible if it was attempted two-three months later.