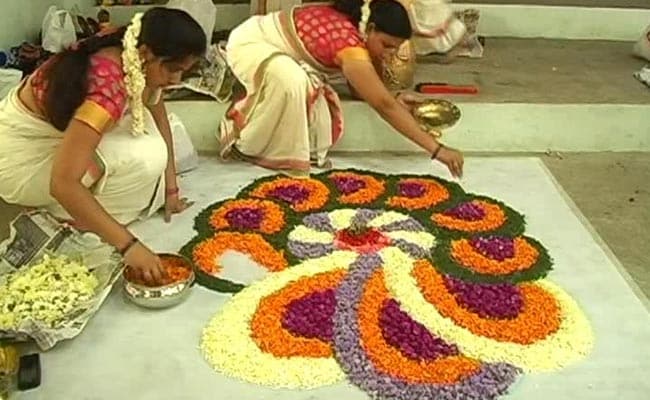 Onam 2021 Images: This year, the festival began on August 12 and will culminate on August 23 (File)

When you hear of Onam, the harvest festival of Kerala, you think of men and women from the southern state dressed in their kasavu garments, sitting around intricately designed flower patterns and a large sadya (feast)that will leave you full for days. While this is an accurate description of how the day is celebrated in most homes in Kerala irrespective of religion, Onam is not an one-day gala. It is, in fact, a festival that lasts for 10 or more days, with Thiru-Onam or Thiruvonam being the biggest day of celebration. The days are based on the Malayalam calendar and fall in the Chingam month. In the Georgian calendar, this would correspond to the months of August and September.

This year, the harvest festival began on August 12 and will culminate on August 23. In addition to the harvest season, the religious belief around the festival is based on the mythology of King Mahabali. Described to be a demon-king, he was much loved by his subjects. According to the legend, the popularity of the king soon made his heavenly counterparts insecure, who asked Lord Vishnu to intervene and control the king. In his Vamana avatar, Lord Vishnu asks the benevolent king for three boons, using which Mahabali is sent to the netherworld. But so impressed was Lord Vishnu by the great king that he granted him permission to visit his subjects, whom he so loved, once every year. Legend says that the people of Kerala celebrate the arrival of the king over the course of 10 days.

The 10 days of the festival are named after the astrological stars of the Malayalam calendar. Each of these days has its own designated name, significance, and activities, which people do to enjoy this festival. The days, in order, are Atham, Chithira, Chodi, Vishakam, Anizham, Thriketa, Moolam, Pooradam, Uthradom, Thiruvonam. This is followed by two more days — on Avittam and Chathayam — of minor festivities.

Activities such as decoration with flowers known as pookalam, cleaning of the house, preparation of the traditional sadya, and the traditional snake boat race known as Vallamkali mark the course of these days. Dance and art forms such as Pulikali and Kaikottikali are also performed in most homes.