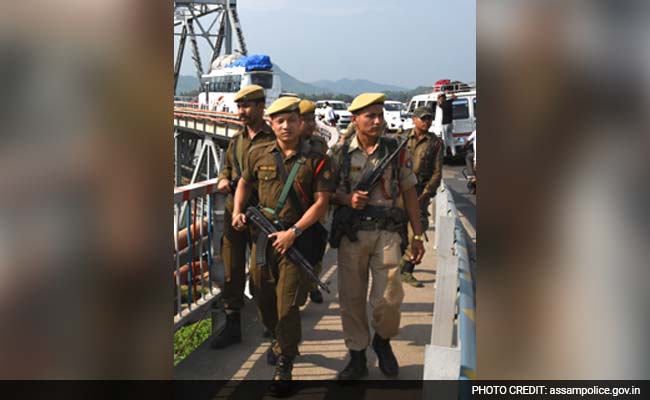 Assam: The dacoit was the prime accused in the murder of advocate Binoy Kumar Ghosh (File)

A dacoit was killed in a police encounter when he attempted to escape from custody in Assam’s Darrang district on Wednesday, a senior officer said.

With the fresh encounter, a total of 17 accused people have been killed and 31 others injured in Assam as they allegedly attempted to evade arrest or escape from police custody since the Himanta Biswa Sarma government assumed office on May 10.

The dacoit, who was the prime accused in several cases, was caught in Kharupetia in Dalgaon police station area. While being taken to the police station, he attempted to escape by attacking a policeman, following which other law enforcers retaliated, leading to his death on the spot, Superintendent of Police Sushant Biswa Sarma said.

The dacoit was the prime accused in the murder of prominent advocate Binoy Kumar Ghosh (85), president of the Mangaldoi Chamber of Commerce and a key member of the district bar association, in 2014, the officer said, adding that the dacoit’s body has been sent for post-mortem examination.

On August 8, a drug trafficker was killed and two others, including a police officer, injured in an encounter with a gang of drug dealers in Nagaon district.

The unabated police encounters have led the opposition and a section of the civil society to accuse the police under the second BJP government in the state of indulging in “open killings”.

The chief minister had earlier said that the police have been given “full operational liberty” under the ambit of the law to fight criminals.

The Assam Human Rights Commission (AHRC) has taken suo moto cognisance of the encounters and asked the state government on July 7 to institute an inquiry into the circumstances that led to the casualties in the police encounters.

Earlier, a New Delhi-based lawyer from Assam, Arif Jwadder, had filed a complaint with the National Human Rights Commission (NHRC) against the Assam Police for the series of encounters that have taken place under Mr Sarma’s rule.