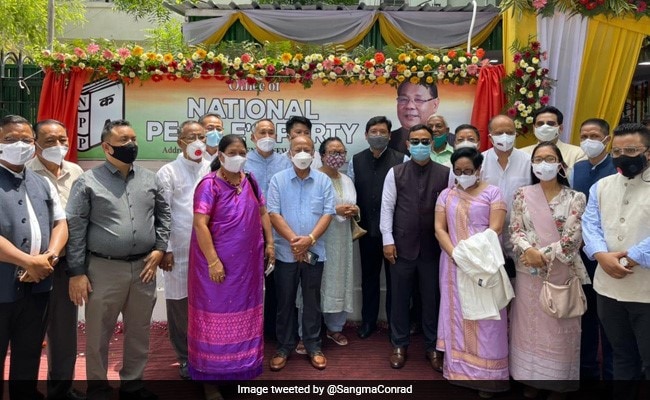 Meghalaya’s ruling party – the National People’s Party (NPP) – has extended its presence to the national capital with a party office in Delhi’s 75, North Avenue.

The NPP, after being recognised as the country’s eighth National Party in June 2019 by the Election Commission, was entitled to establish its party office in the national capital. The first party from the northeast region to be given this status, NPP was formed by PA Sangma in July 2012 after he was expelled from the Nationalist Congress Party (NCP).

An ally of the BJP-led Northeast Democratic Alliance (NEDA), NPP currently has 21 legislators in Meghalaya – where it is the ruling party, four in Manipur and four in Arunachal Pradesh in addition to the one MP each in the Rajya Sabha and Lok Sabha.

Speaking at the function, Conrad Sangma dedicated the party office to his father PA Sangma.

“No political party from northeast India has ever achieved this level,” he said, adding that the inauguration of the party office in Delhi is a great moment for the people of the region.

Addressing the gathering, Mr Sangma said the NPP has been working with a focused approach to reach out to different parts of the country where there is a vacuum for political leadership.

The party is looking to win the upcoming 2022 Manipur elections.