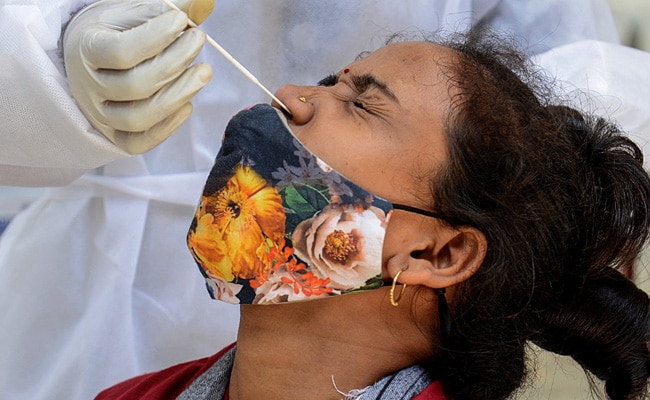 This morning India reported over 40,000 new COVID-19 cases in the previous 24 hours (File)

Around 2.6 lakh people – 0.048 per cent of the more than 53.14 crore vaccine doses administered so far – have tested positive for COVID-19 after getting at least one dose of a vaccine, Health Ministry sources said Friday.

‘Breakthrough infections’ – infections contracted after vaccination – dropped by more than 50 per cent for people who received both doses – 87,049 cases were reported.

While the number of ‘breakthrough infections’ – as a percentage of those who have been vaccinated is still very low, the steady uptick is worrying medical experts and the government, particularly with more aggressive variants of the virus in circulation in India and abroad.

Yesterday sources told NDTV the government will begin tracking reports of ‘breakthrough infections’ from across the country; a digital platform to collect data is likely to be up and running next week, source said. Data to be captured will include the vaccine administered.

Sources also said samples from people reporting ‘breakthrough infections’ were being collected from different states and genome sequencing was being carried out to confirm virus variants.

Government concern over ‘breakthrough’ infections spiked after Health Ministry sources told NDTV that more than 40,000 such cases have been reported from Kerala, which faces an unwelcome surge in numbers; this morning the state reported over 18,000 in the preceding 24 hours.

More than half the 40,000+ ‘breakthrough infections’ were from Pathanamthita district, and, of those, people who had received both doses accounted for only 5,042 of the infections.

Last month a pre-print study by the Indian Council for Medical Research (ICMR) underlined that vaccines reduce need for hospitalisation and chances of mortality in case of a ‘breakthrough infection’.

A study also found that 86 per cent of ‘breakthrough infections’ were caused by the ‘delta’ variant of the coronavirus, which was behind the deadly second wave of infections in India.