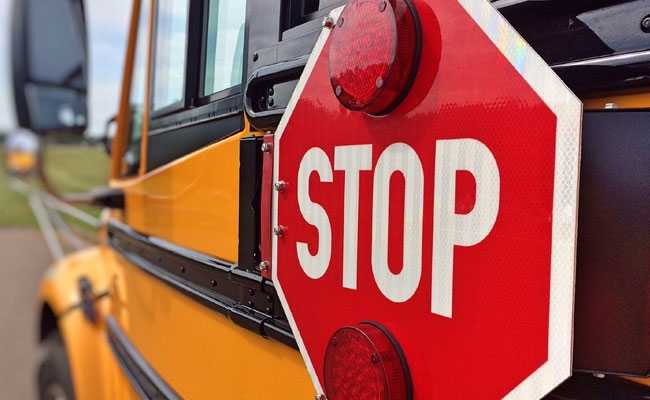 “The accident happened due to the negligence of the school bus driver,” cops said (Representational)

A Jammu-based married couple was killed while 10 children sustained injuries in an accident between a car and a school bus on the Amritsar-Jammu National highway in Amritsar today, the police said.

According to police, the private school bus was merging onto the highway near Amritsar’s Sohiya village but its driver failed to notice the car coming from behind resulting in the collision.

“The accident happened due to the negligence of the school bus driver,” the police told news agency Press Trust of India.

“As the car and bus collided, a sand-laden truck following it braked hard but the vehicle skidded and overturned injuring the driver,” the police said.

“The driver abandoned the school bus and fled from the spot leaving the injured kids behind,” police said, adding that the children were taken to a nearby private hospital where they were declared out of danger.