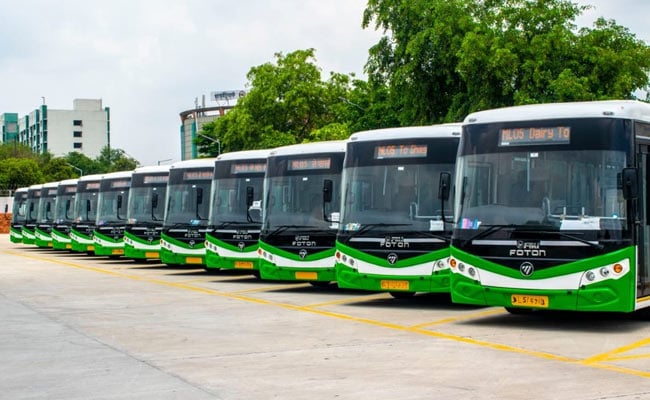 In a first for Delhi Metro, state-of-the-art feeder electric buses began operations in the city from Thursday to boost last-mile connectivity for commuters with the Delhi Metro network.

Only passengers having a Delhi Metro smart card or metro DTC smart card will be allowed to avail the services of these e-buses, officials said.

They can use smart cards to pay for their cashless travel since these buses are operating in fully contactless way, and will not have a conductor on board, enabling entry and exit through turnstiles on the bus by using the smart card, they said.

The metro smart card is already being used in DTC buses by commuters. No cash payment will be permitted and services will be available for metro commuters only, the metro department said.

The metro department tweeted on Thursday to announce the starting of the services.

“And we’re off! Feeder electric buses have started operations today morning for the first time in Delhi on trial basis by DMRC. Only metro passengers having a Delhi Metro Smart Card or Metro DTC Smart Card will be allowed to avail the services on these e-buses,” it tweeted.

In a statement, the Delhi Metro Rail Corporation had earlier said it will be introducing 100 feeder e-buses in all by the end of October in a phased manner for enhanced last-mile commuting experience to the public, from 14 metro stations, covering 10 routes.

“Feeder electric buses are being introduced for the first time in Delhi on a trial basis by Delhi Metro from this Thursday, under which 25 low floor e-buses (24-seater buses) will be plying on two routes,” the department had said on Tuesday.