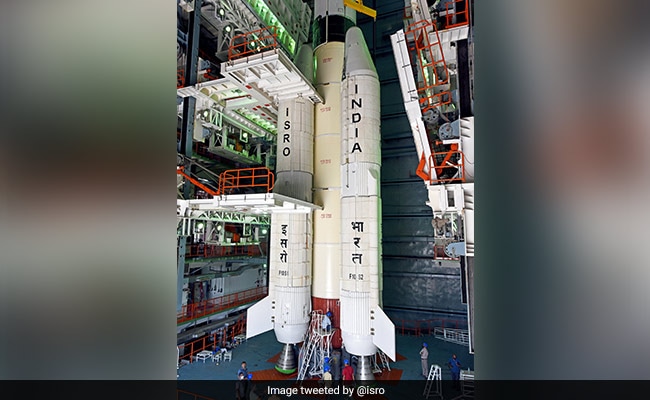 GISAT-1 will be launched from Satish Dhawan Space Centre in Sriharikota, Andhra Pradesh.

Just days before India celebrates Independence Day, the space sector will create history by launching the country’s first Earth Observation Satellite (EOS). Scheduled to take off on August 12 from Satish Dhawan Space Centre (SDSC) in Sriharikota, Andhra Pradesh, GISAT-I is considered to be the country’s most advanced satellite with state-of-the-art features. Initially, the satellite – developed by the Indian Space Research Organisation (ISRO) – was scheduled to be launched on March 5, 2020. This, however, did not occur in light of certain technical issues. This was soon followed by the pandemic and the subsequent lockdowns, which caused the launch to be stuck in limbo for over a year.

After a few other tentative dates this year, the launch will finally happen on Thursday, at 5.43 AM, provided the weather conditions are suitable. It will be launched via the indigenously developed Geosynchronous Satellite Launch Vehicle-F10 (GSLV-F10).

To put it simply, launching the GISAT-I could be compared to having India’s very own eye in the sky. The real-time monitoring provided by the satellite will help keep tabs on the subcontinent. From over 36,000 km above the surface of the Earth in the geostationary orbit, GISAT-I can constantly monitor locations that are considered to be areas of interest.

As a geostationary satellite, GISAT-I will be travelling at the rate at which Earth’s spins, thereby creating the illusion that it is motionless. Located about the Equator, it will circle the Earth once every 24 hours.

Unlike other lower-orbit satellites that can procure and provide information only at regular intervals, GISAT-I will be covering areas in real-time.

What are the specifications of GISAT-I?

With a weight of over 2 tonnes, it has a lift-off mass of 2,268 kg and a power generation capacity of 2280 W. “The satellite is configured around modified I-2k bus carrying multispectral and hyperspectral payloads in different bands with improved spatial and temporal resolution,” ISRO states on its website. This is also the first time the space organisation has used a four-metre diameter Ogive shaped payload fairing (heat shield).

How will India use GISAT-I?

According to ISRO, the GISAT-I has three objectives:

As per a written reply by Union minister Jitendra Singh to Rajya Sabha, the satellite can perform daily imaging at a frequency of three to four times. Information, thus obtained, can be used in various fields, ranging from monitoring of natural calamities to defence studies. Special attention will also be “paid to the country’s borders for security reasons”. In addition to this, it can also be used to monitor natural calamities, changes in landmasses, forest cover, water bodies, and vegetation patterns.

India already has one of the largest constellations of remote sensing satellites in operation. The launch of GISAT-I is set to be considered a milestone in Indian space history.