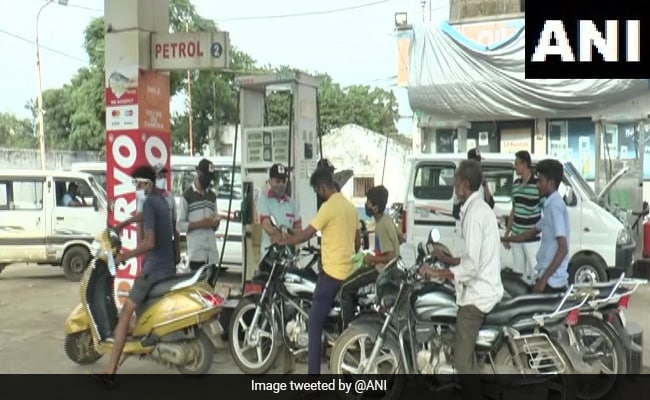 The SP petrol pump offered free petrol to all the people named Neeraj.

For people named Neeraj in Gujarat’s Bharuch, there was a bonanza waiting for them at a local petrol pump, whose owner had announced free fuel worth Rs 501 for them to celebrate javelin thrower Neeraj Chopra’s gold medal win at the just-concluded Tokyo Olympics.

Ayub Pathan, the owner of the SP Petroleum in Netrang town, told ANI that free petrol worth Rs 501 would be given to all “Neerajs” who can claim the fuel after presenting a valid identification ID.

The offer, however, was valid only till Monday evening.

Mr Pathan said through this gesture, he wanted to celebrate the feat of the athlete who brought laurels to India.

“To pay tribute to Neeraj Chopra, who won a gold medal for India at Tokyo Games, we had launched a scheme for those named Neeraj. Petrol is being given for free worth Rs 501 when people bring an ID proof with them. It is a very proud moment for us, when he won the medal. We started this two-day scheme on Sunday,” Mr Pathan said.

So far, 30 people have availed the scheme, the petrol pump owner said.

“First I thought it was a hoax call, but found on reaching the pump that it was indeed true,” said a beneficiary of the scheme.

The gold won by Neeraj Chopra on Saturday enabled India to register its first-ever gold in track and field at the Olympic Games.

India recorded its best-ever haul at the Olympics with a total of seven medals.