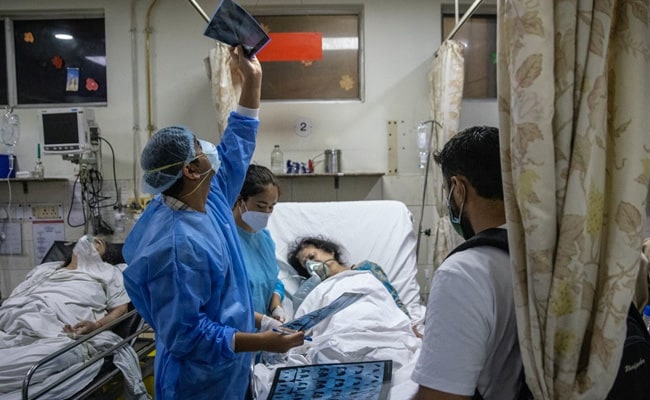 India had to depend on oxygen supplies from abroad when a severe shortage hit the country.

Only one state has till now reported a “suspected” death due to oxygen shortage during the second Covid wave earlier this year, the Centre said today. None other reported such cases, according to Lav Agarwal, Joint Secretary in the Union Health Ministry.

“States were asked if there have been oxygen-related deaths. When the question was raised in Parliament, states were specifically asked this question. According to reports we have got till now, one state has referred to a suspected case, other states have not said if there have been any oxygen-related deaths,” Mr Agarwal said today in New Delhi during a press briefing.

He did not mention which state had reported the “suspected oxygen-related death”.

The government of India has asked the states and Union Territories to provide data on deaths related to oxygen shortage during the second Covid wave earlier this year, NDTV had reported last month. The information was to be collated and presented in Parliament before the monsoon session ends on August 13, sources had said.

Of these, only Punjab had reported four “suspected” deaths due to oxygen shortage, according to the sources.

The Union government had also earlier told Parliament last month that “no deaths due to lack of oxygen have been specifically reported by states and Union Territories”. It said the states had not provided any data on this front.

This stand had led a to major controversy given the country had faced a major crisis of shortage in medical resources, especially oxygen, when the second wave peaked in April-May this year.
Such was the shortfall that India had to import the vital gas from several countries on an emergency basis. Several people died breathless.

In Goa, over 80 people died at a state-run medical facility over five days in May. In Tirupati, Andhra Pradesh, 11 Covid patients admitted to the ICU of a hospital lost their lives after supply was disrupted. At a Hyderabad facility, seven succumbed at a government hospital during a two-hour cut in supply.