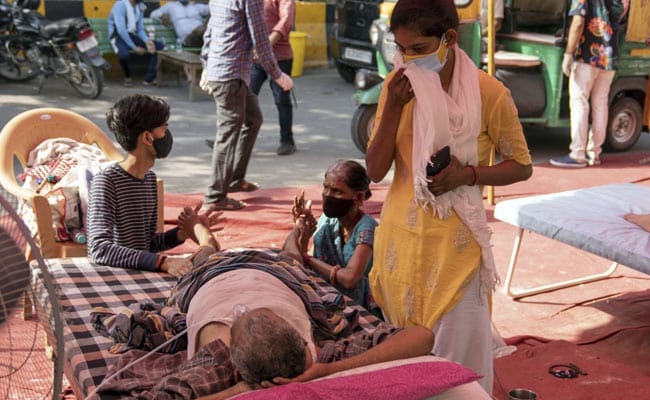 The national ‘R’ value, or the reproductive rate of the coronavirus, is over the 1.0 mark, the government said today, amid continuing fears a third wave of infections could strike this month.

During a scheduled briefing on the Covid situation in the country, the Health Ministry furnished data that showed the national ‘R’ value crossing the 1.0-mark last month; the last time it was over this level was in March when it was 1.32, and that was before the second wave.

According to the government (and as of today), Punjab and Himachal Pradesh have an effective ‘R’ value of 1.3, and Uttar Pradesh and Andhra Pradesh have ‘R’ values of 1.1 and 1.0. Expected change in daily cases from three states is “likely increasing”; the trend from Punjab is “increasing”.

Other states reporting high ‘R’ values are Gujarat and Madhya Pradesh (both 1.1), and Goa and Nagaland (both 1.0). The trend in daily new cases from these are “stable”. 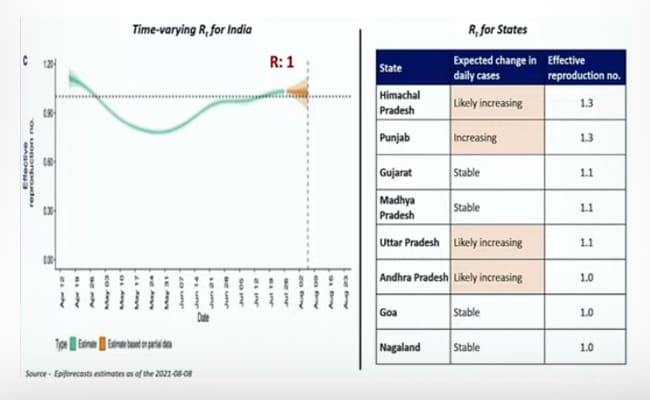 The government on Tuesday said the national ‘R’ value of the coronavirus had crossed 1.0

In an earlier briefing the government had also said that the ‘R’ value for Kerala – which has replaced Maharashtra as the epicentre of new Covid cases in India – was 1.1.

Today the government said 51.51 per cent of new cases this past week were from the state.

Kerala reported over 13,000 new COVID-19 cases in 24 hours, data from this morning showed. The southern state now has over 1.7 lakh active cases and a cumulative total of 35.66 lakh.

Concern over the ‘R’ value has been expressed repeatedly by experts over the past few weeks.

In June this number was less than 0.75. Since then it has inched its way up – a potentially alarming statistic hidden, to some extent, by declining daily new cases.

Last week Dr Randeep Guleria told NDTV that the steadily increasing ‘R’ value is cause for concern for the entire country. Dr Guleria, the chief of Delhi’s AIIMS, urged governments to enforce strict micro-containment protocols to break chains of transmission.

Last month the centre issued an advisory to states and UTs on this topic, warning against “blatant violations of Covid norms”. The warning came after disturbing images from hill stations and public markets, where hundreds (and thousands) gathered without social distancing or face masks.

The ‘R’ factor is a measure of how many people are being infected by one infected person. An ‘R’ of 1 means one person will, on average, infect one other person.

In a pandemic situation the ‘R’ target is less than 1.0, which ensures the virus will eventually stop spreading because it cannot infect enough people to sustain the outbreak.