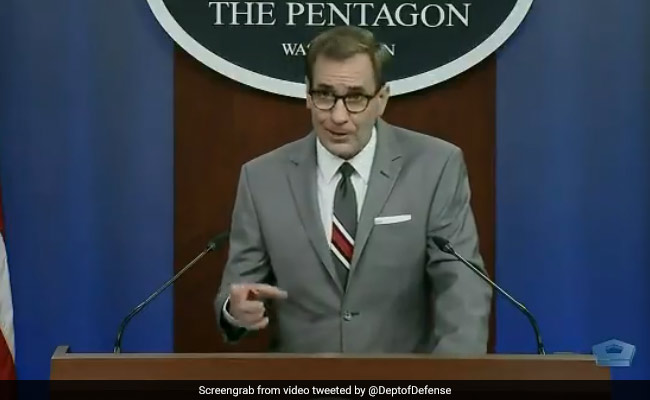 India has played a constructive role in Afghanistan in the past by providing assistance in training and infrastructure improvements that helped maintain stability and good governance in the country, the Pentagon has said.

Pentagon Press Secretary John Kirby during his daily news conference on Monday also said that Defence Secretary Lloyd Austin shares the concern of the international community about the security situation in Afghanistan which is clearly not going in the right direction.

“India has played a constructive role in Afghanistan in the past in terms of training and other infrastructure improvements,” Mr Kirby told reporters.

“That kind of work, that kind of effort to help Afghanistan maintain stability and good governance is always welcome,” he said when asked about India-US cooperation on Afghanistan.

India has been a major stakeholder in the peace and stability of Afghanistan. It has already invested nearly USD 3 billion in aid and reconstruction activities in the war-ravaged country.

India has been supporting a national peace and reconciliation process that is Afghan-led, Afghan-owned and Afghan-controlled.

It has also been calling upon all sections of the political spectrum in Afghanistan to work together to meet the aspirations of all people in the country, including those from the minority communities, for a prosperous and safe future.

Since the announcement of the withdrawal of US forces by August 31, violence has been rising in Afghanistan and efforts to broker a peace settlement between the Afghan government and insurgent Taliban have slowed.

With Taliban attacks increasing, Afghan security forces and government troops have retaliated with airstrikes aided by the United States.

Defence Secretary Austin, he said, shares the concern of the international community about the security situation in Afghanistan which is clearly not going in the right direction.

“The secretary continues to believe that the Afghan Forces have the capability, they have the capacity to make a big difference on the battlefield,” he asserted.

“The other thing is we’re focused as we should be given the President’s direction, we’re focused on completing the drawdown by the end of the month and by transitioning to a different bilateral relationship with Afghan Forces that will be one of support, financial and logistical maintenance support from outside the country. That’s the focus, that’s what we’re driving at,” he added.

Mr Kirby said the Taliban have been making advances. “No question. The Afghans have capacity. They have the capability. They have a capable air force,” he said.