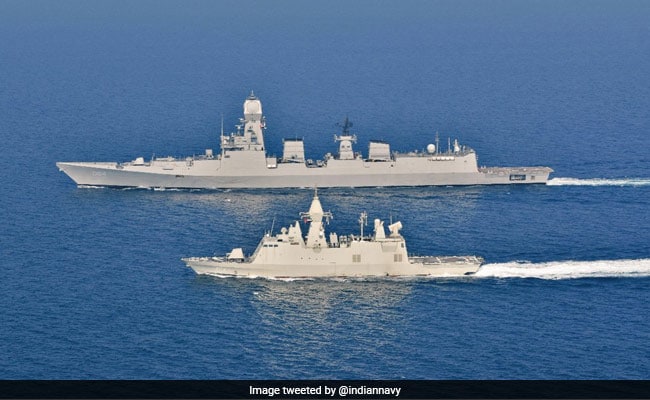 India and the United Arab Emirates carried out a naval exercise off the coast of Abu Dhabi on Saturday, in reflection of a rapid upswing in bilateral military cooperation.

The UAE participated in the exercise with Al-Dhafra, a Baynunah class guided missile corvette, and one AS-565B Panther helicopter, they said.

The exercise took place amid rising tension in the Gulf region after a drone attack on a merchant tanker off Oman killed a British national and a Romanian citizen over a week back.

The UK and US pointed fingers at Iran for the attack on MV Mercer Street, operated by an Israeli-owned firm. Tehran has already rejected the charges.

“As part of the exercise, the ships undertook tactical manoeuvres, over the horizon targeting, search and rescue and electronic warfare drill to enhance interoperability and synergy between the two navies,” Indian Navy spokesperson Commander Vivek Madhwal said.

He said helicopters were extensively used all through the exercise ranging from search and rescue operations to the passing of targeting data to ships for simulated missile engagement drills.

In December last year, Army Chief Gen MM Naravane visited the UAE and Saudi Arabia in a first-ever visit by a head of the Indian Army to the two important Gulf countries.