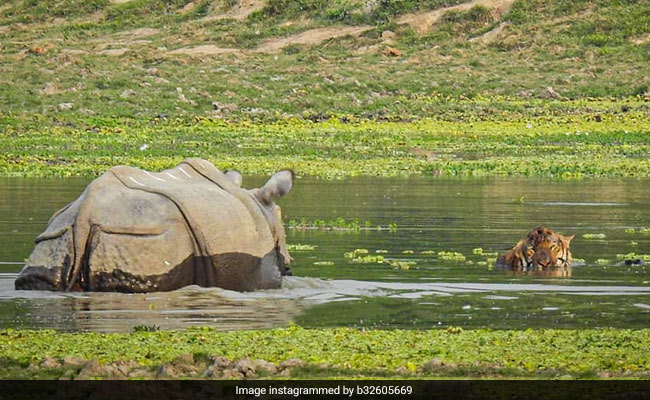 In a first-of-its-kind move to provide assistance to thwart poaching and ensure coordinated functioning, officials of Assam’s Kaziranga National Park (KNP) have been equipped with satellite phones.

Assam Chief Secretary Jishnu Barua had on Wednesday handed over 10 satellite phones to the forest personnel of the Kaziranga National Park.

The decision was taken at a meeting chaired by Chief Minister Himanta Biswa Sarma at the Kaziranga National Park on May 27 and attended by Minister for Environment and Forest Parimal Suklaibaidya, ministers Keshab Mahanta and Atul Bora, the director of Kaziranga National Park, and deputy commissioners of adjoining districts and other senior forest department officials.

The national park, spread over a massive 430 sq km area and divided into six ranges in upper Assam, has certain pockets with poor to no connectivity. The satellite phones which draw signals from satellites instead of mobile towers will ensure connectivity in most of the remote locations, officials said, adding, the move will boost anti-poaching measures undertaken by the park.

The Assam State Disaster Management Authority (ASDMA) procured the ten satellite phones for the National Park at an estimated cost of Rs 16 lakh. BSNL will be the service provider and the park authorities will bear the monthly expenses.

BSNL has trained forest personnel to operate the satellite phones in shadow areas where mobile phones do not function. The communication bottleneck will be removed with the use of satellite phones deep inside the park, an official said.

Assam Forest and Environment Minister Parimal Suklaibaidya thanked the chief minister for his promptness in providing the satellite phones.