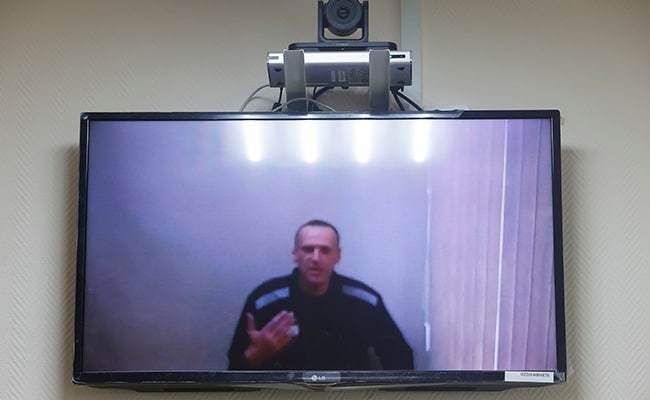 Alexei Navalny has been charged with a new crime that could prolong his time behind bars.

Russian investigators on Wednesday charged jailed opposition leader Alexei Navalny with a new crime that supporters fear could prolong his time behind bars.

The Investigative Committee, which probes major crimes in Russia, said it had charged him with “creating a non-profit organisation that infringes on the identities and rights of citizens.”

Navalny’s movement is facing unprecedented pressure in Russia ahead of parliamentary elections in September.

The Kremlin critic’s Anti-Corruption Foundation and regional offices have been outlawed, while the opposition leader is in prison serving two and a half years on old fraud charges.

Navalny said in May he had been told by investigators that three new criminal probes had been launched against him.

He was sent to prison in February after returning to Russia from Germany following a near-fatal poisoning attack that he blames on the Kremlin.

They also said Navalny had called on Russians to take part in unsanctioned rallies while “aware” of their “unlawful nature”.

The statement came a day after the Investigative Committee launched a new criminal case against Navalny’s key allies Leonid Volkov and Ivan Zhdanov over the “collection of funds and provision of financial services deliberately intended to finance an extremist organisation”.

The charges carry a maximum penalty of eight years in jail.

Navalny’s organisations were labelled “extremist” in June for allegedly plotting an uprising with support from the West.