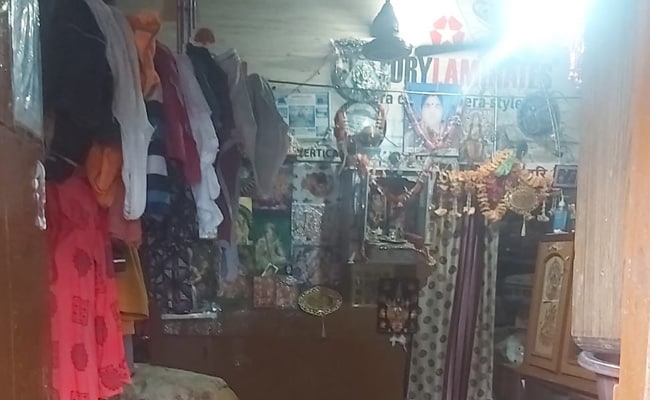 The man has been charged with attempt to murder, police have said

A man from Mumbai’s Malad East suburb – whom police have said is an alcoholic who physically abused his wife and children, forcing them to flee to her village – has been accused of hatching a conspiracy to lure his estranged spouse by staging the deaths of his son and daughter.

According to Prakash Bele, a senior inspector with the local police, the man is a resident of Kurar village in Malad East and confessed that he covered his eight-year-old son’s body with a white cloth and placed garlands on it to make it look like he was about to be cremated.

He said he also forced his 13-year-old daughter to stand on a bucket with a rope around her neck; the other end was tied to a ceiling fan.

He said he told her to jump off the bucket. When she refused – and reportedly begged her father to let her go – he said he threatened to turn on the fan and kill her.

The shouting alerted the neighbours, who rushed in to save the children. They then called the police, who arrested the father and took the children into protective custody.

All of this took place on the morning of August 7, the police have said.

The father, whom the police have said was drunk, has been charged with attempt to murder. He told police he wanted to take photographs of his children’s “death” and send them to his wife.

He told police he hoped his wife would become “scared” by their “death” and come back.

Police said that two years ago the man’s wife took her children and ran away to her village. He pursued them and brought back his children last month, but the wife refused to come.