The marriage of PML-N Vice President’s son Junaid Safdar has been fixed and he is going to be marrying Aisha Saif who is the daughter of a former politician naming Saif-ur-Rehman which has been reported on Wednesday by Geo news. it is being stated the wedding is going to take place in just two weeks’ time and is going to happen in London. 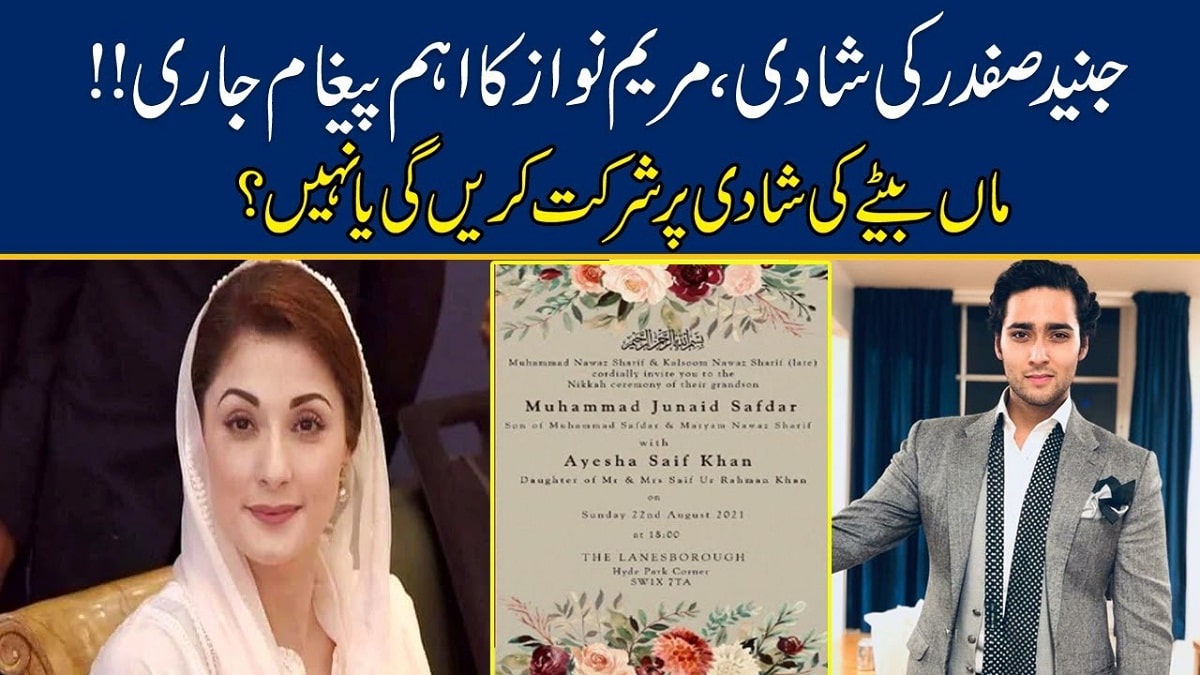 it has been further stated, even if Safdar and Maryam are going to get .permission from the Pakistani government, even then they will have to remain quarantined for about 10 days as Pakistan is included in the red list of countries.

There has also been a tweet by Maryam stating, the nikah is going to be held on 22nd August, she further stated she is not going to be attending the ceremony as she is owing to victimization which she has started to be blatant, on bogus cases and she also spoke about ECL and she shared an image of the invitation card.