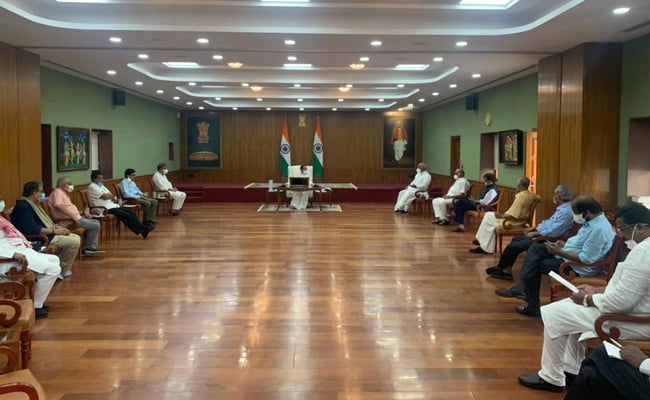 The Opposition resorted to vociferous protests on Wednesday as the General Insurance Business (Nationalisation) Amendment Bill, 2021 was taken up for consideration in the Upper House.

They accused the government of not following parliamentary norms and “bulldozing” the legislation. The General Insurance Business (Nationalisation) Amendment Bill was taken up after the Upper House unanimously passed the Constitution amendment bill to enable states to prepare their own OBC lists.

Earlier in the day, Opposition leaders held a meeting at the office of Leader of Opposition (LoP) in Rajya Sabha Mallikarjun Kharge to discuss the alleged manhandling of women members in the Upper House on Wednesday.

The opposition has also been protesting and forcing adjournments on their other demands, including a probe into allegations of surveillance through Pegasus spyware and the withdrawal of three farm laws.