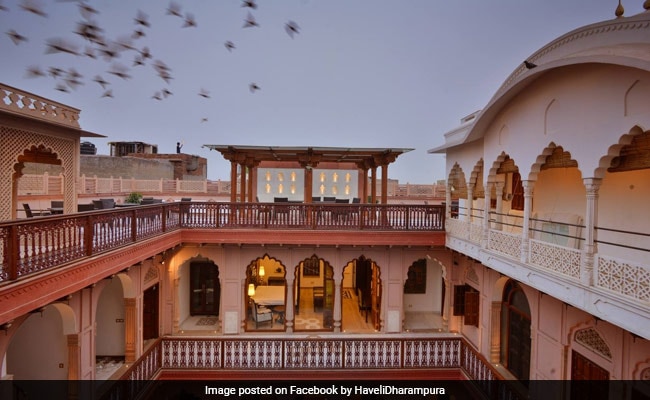 Plans are afoot to revitalise lesser-known old monuments in south Delhi and showcase them as tourists sites, and adaptively reuse a heritage building in Mehrauli as a restaurant, officials said on Sunday.

South Delhi mayor Mukesh Suryan said the old building in Mehrauli has Mughal-style architecture and the restaurant has been envisioned to be set up on a public-private-partnership (PPP) model.

“Soon we will be issuing tenders to invite private players who wish to partner with us (south corporation), to offer people, both local and tourists, modern comforts in a heritage setting so that they appreciate our cultural and architectural heritage too,” he told PTI.

The iconic 19th century “haveli” in Old Delhi was painstakingly restored over six years, and was among the landmarks from India that had earned a special mention in UNESCO Asia- Pacific Awards for Cultural Heritage Conservation in 2017. It is being used as a heritage hotel.

Mukesh Suryan said Delhi has three major monuments–Red Fort, Humayun’s Tomb and Qutub Minar–all UNESCO Heritage sites, but the city is also dotted with a large number of smaller but important sites, which people pass by on a daily basis but hardly notice like old domes and arches and tombs.

“Our vision is to showcase the heritage properties falling under our jurisdiction after refurbishing them in partnership with heritage bodies so that these places can also be visited by both locals and tourists. We must celebrate our heritage indiscriminately,” he added.

The South Delhi Municipal Corporation (SDMC) had recently set up a ”Heritage Conservation Cell” in order to conserve and protect heritage sites under its jurisdiction, and has identified a total of 475 sites.

A new e-book titled “Glorious Heritage” published by the SDMC was unveiled on Thursday by Delhi Lt Governor Anil Baijal, containing information on 108 of the 475 heritage sites.

The L-G in his message in the book had emphasised that while Delhi was home to three UNESCO heritage sites, many interesting historical structures were tucked away in inner lanes. It is the duty of both the government as well as people to preserve these lesser known structures and create awareness about these sites, he said.

The oldest heritage site mentioned in the book is Anangtal, an ancient reservoir in Mehrauli built during the Tomar dynasty rule, which was mentioned by Budh Sridhar in 1132, while the least old site is the Daryaganj Police Station constructed in 1930 by the British, the civic body said.

Two more volumes of this book are being drafted which will carry information related to remaining heritage sites falling under the jurisdiction of the SDMC, and will be published in the next couple of months, the mayor said.

Mayor Suryan said that through this book, people, especially the young generation will get to know about historical monuments, ancient buildings and memorials.