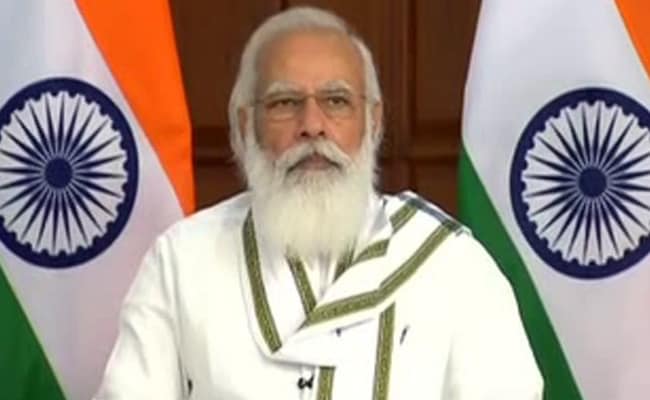 Prime Minister also interacted with beneficiaries of this scheme from across the country.

With this, the government has so far transferred nine installments amounting around Rs 1.57 lakh crore to farmer families under the Pradhan Mantri Kisan Samman Nidhi (PM-KISAN) scheme.

After the release of the amount, the Prime Minister interacted with beneficiaries of this scheme from across the country.

An annual financial benefit of Rs 6,000 is provided to eligible beneficiary farmer families, payable in three equal four-monthly installments of Rs 2,000 each, under the PM-KISAN scheme.

The scheme was announced in February 2019 in the Budget. The first installment was for December 2018-March 2019 period. The fund is transferred directly to the bank accounts of the beneficiaries.

Addressing the virtual event in the presence of the Prime Minister, Agriculture Minister Narendra Singh Tomar said that before the ninth installment, the central government had disbursed about Rs 1.37 lakh crore to around 11 crore beneficiaries under the scheme.

The government has linked 2.28 crore PM-KISAN beneficiaries with Kisan Credit Card scheme, under which they have been able to avail loan up to Rs 2.32 lakh crore so far.

He also said the farmers have worked hard despite challenges of COVID-19 and ensured bumper production last year. Better output is expected in the coming days due to continued farmers’ efforts.

Expressing concern over shortage of edible oils and pulses, Tomar said the government is focusing on boosting the domestic production through several schemes so that the country’s dependence on imports

Union Ministers of State for Agriculture Kailash Choudhary and Shobha Karandlaje, as well as Agriculture Secretary Sanjay Aggarwal were among state ministers and officials present in the event.