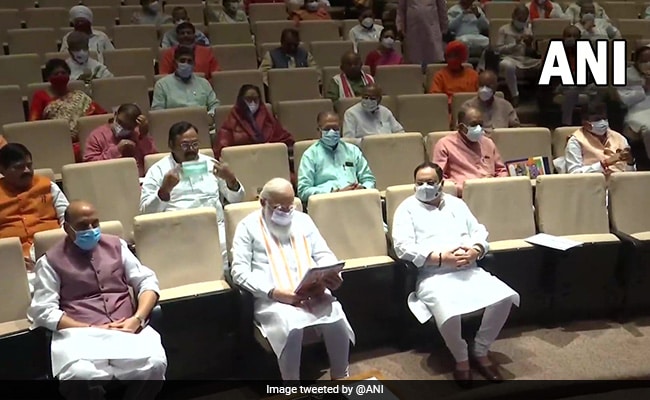 BJP MPs not present during the passing of bills in parliament on Monday are in for trouble. Prime Minister Narendra Modi has asked for their names.

PM Modi was upset at the MPs skipping Rajya Sabha yesterday and reportedly raised it at the weekly meeting of party MPs this morning.

Many BJP MPs were absent, according to reports.

The BJP yesterday ordered all its Rajya Sabha MPs to be present in the House on Tuesday and Wednesday for key bills to be taken up.

Minister Anurag Thakur made a presentation on India at the Olympics. The seven medal winners were honoured with a standing ovation.

He recommended competitions for healthy girls and boys.

According to Parliamentary Affairs Minister Pralhad Joshi, PM Modi told MPs that the view that sportspersons did not go to school was wrong.

“It was the last meeting of the ongoing monsoon session. It is a matter of pride that we got our biggest-ever tally of medals in the Olympics,” Mr Joshi told reporters.

According to him, PM Modi suggested that party MPs encourage more participation in sports activities, take note of the nationwide malnutrition status and promote a government scheme for the poor.

“The Prime Minister had given a call that no poor family should be without a Ayushman Bharat Golden card so they can get free treatment. He also asked MPs to promote the PM Garib Kalyan Anna Yojana so that every single farmer could be made a beneficiary,” he said.