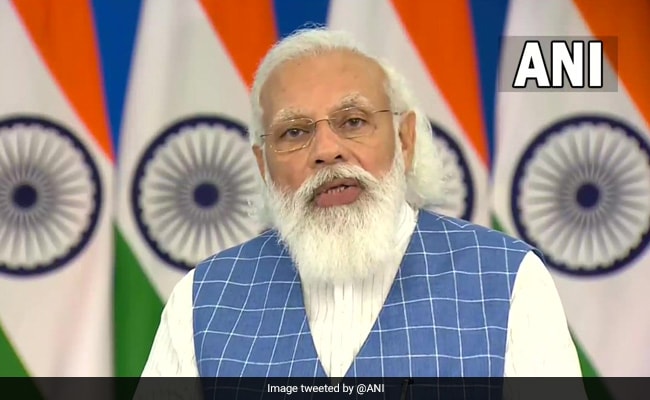 “The policy, aimed at recycling old and unfit vehicles, will give new identity to India’s mobility and auto sector,” PM Modi said in his address while virtually launching the initiative during ‘Investors Summit’ organised in Gandhinagar.

The summit, which saw participation of potential investors and industry players, was organized to attract investment for setting up vehicle scrapping infrastructure under the Voluntary Vehicle-Fleet Modernisation Programme, an official release said.

The policy will give a new identity to India in the mobility and auto sector, PM Modi said. “This policy will play a major role in removing unfit vehicles from our roads in a scientific manner. It will modernise the vehicular population on our city roads,” he added.

The Prime Minister said that India should work for “clean, congestion free and convenient mobility” in the 21st century and exuded confidence that the new policy will help in reducing pollution in our city.

The policy will play a key role in the ‘Waste to Wealth’ programme, PM Modi said.

“We are promoting a circular economy. The aim is to make the process of development sustainable and environment-friendly. Apart from reducing pollution, this policy will also make India self-reliant in automobile and metal sectors and also prove beneficial for the common man,” he said.

Under this policy, people who give their old vehicle for turning it into scrap will be given a certificate by the government. People having this certificate will not be charged any registration fee on the purchase of a new vehicle, said PM Modi, adding that such vehicle owners will also be entitled for some rebate on road tax.

Highlighting a key feature of the policy, PM Modi said that instead of the age of the vehicle, a fitness test will determine if the vehicle will be sent for scrapping.

The policy would attract an investment of Rs 10,000 crore and create thousands of employment opportunities, he said.

“We imported scrap steel worth Rs 23,000 crore last year because recovery of metals in our country is not enough. With this policy, we can now recover even rare earth metals in a scientific manner. We have to reduce our dependence on imports. For that, the industry needs to put in some extra efforts” he said.

PM Modi stressed on developing Alang in Bhavnagar, which is a hub for ship recycling, into a vehicle recycling hub.

“Alang has already established itself as a ship recycling hub. It also has skilled manpower. I strongly feel that it can also become a hub for turning vehicles into scrap. This will change the life of small traders and workers, as they would get benefits of an organised sector” said PM Modi, adding that the policy will boost both automobile as well as metal industry.

He urged the industry leaders to change their approach for meeting global standards and come up with a road map for the next 25 years on how the scrap industry can reduce metal imports and make India “aatmanirbhar” (self-reliant).

During the Summit, seven MoUs were also signed for setting up vehicle scrapping infrastructure in Gujarat and Assam.

As per the figures shared by Mr Gadkari’s ministry during the event, of the one crore unfit vehicles which can be recycled immediately in the country, around four lakh are in Gujarat.