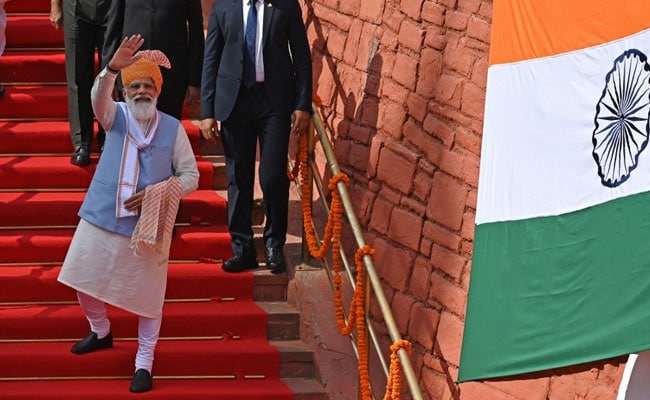 The Congress took a swipe at Prime Minister Narendra Modi over his announcement of Rs 100 lakh crore for the infrastructure sector, saying he has been talking of it since 2019.

The Congress also shared his Independence Day speeches of 2019, 2020 and 2021, where he is heard talking about the Rs 100 lakh crore investment in infrastructure.

“It has been two years since August 15, 2019. At least, the 100 lakh crore figure could have been changed,” Congress chief spokesperson Randeep Surjewala said in a tweet in Hindi while posting the news of the prime minister’s I-Day speech in 2019.

Congress’s social media department head Rohan Gupta also shared PM Modi’s speech of previous years and tweeted, “Change the name of the scheme. Keep repeating the same amount of fund. Neither will the scheme be heard of again nor will be the fund. India can see through the lies of Modi government and have garlanded the PM with ‘Gold Medal in Jumla‘.”

PM Modi in his speech on Sunday outlined the roadmap for a new and assertive India and announced a slew of development programmes, including a landmark Rs 100 lakh crore “Gatishakti” initiative to boost infrastructure and employment opportunities.

The Rs 100 lakh crore programme will lay the foundation of the overall infrastructure in the country including in transport, reducing travel time and productivity, he said. The initiative will lead to the development of future economic zones.

History And Significance Of This Day

Fewer Than 250 Americans Remain To Evacuate From Afghanistan: Official

OnlineWiki - August 20, 2021
OnlineWiki is your news, entertainment, music fashion website. We provide you with the latest breaking news and videos straight from the entertainment industry.
Contact us: onlinewikis@gmail.com