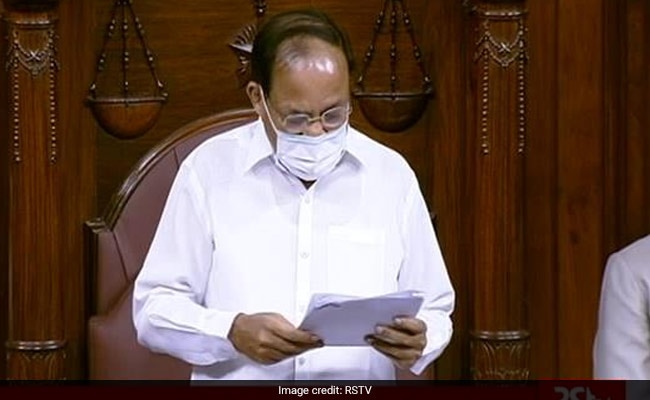 Rajya Sabha Chairman Venkaiah Naidu broke down today in the house while reading out a statement condemning what he called “sacrilege” and violation of the “temple of democracy” by the opposition.

Opposition MPs on Tuesday climbed the officials’ table at the centre of the Rajya Sabha, waved black cloths and threw files during a discussion on the farmer protests over three central laws.

Members sat on tables for hours, many standing on them.

The Vice President continued: “I have no words to convey my anguish and to condemn such acts as I spent a sleepless night…last night” He broke off, choking up.

After a long pause, he resumed: “I struggle to find out the reason or provocation for forcing this august house to hit such a low yesterday.”