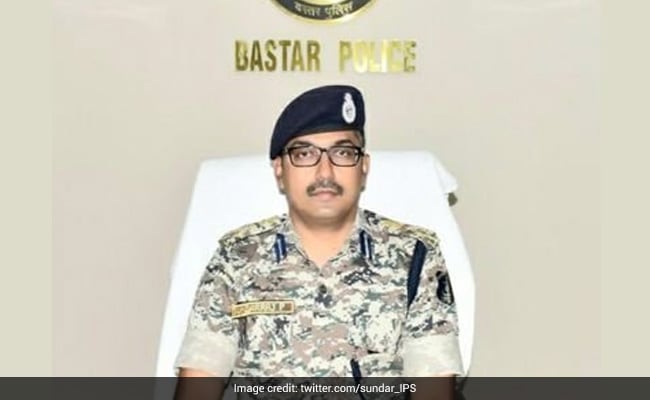 Security has been stepped up in Chhattisgarh, particularly in Maoist-affected areas, ahead of Independence Day with intensified patrolling and other measures to prevent any untoward incident, police said on Saturday.

Inspector-General of Police (Bastar range) Sundarraj P said the tricolour would be hoisted in several interior villages in South Bastar and the Abhujmaad region, considered as strongholds of Maoists, on Sunday.

“Security forces deployed in the Naxal-hit Bastar region are regularly carrying out patrolling, laying mobile check posts in the interior area as well as along inter-district and inter-state borders to avoid any untoward incident by ultras,” Mr Sundarraj told PTI.

Compared to previous years, the incidents of black flags being hoisted by Maoists have come down to a great extent in interior pockets of the Bastar region, he said.

At a state function to be held at Police Parade Ground in Raipur at 9 AM, COVID-19 warriors will be felicitated like last year, an official said.

Chief Minister Bhupesh Baghel will hoist the national flag and receive the guard of honour from the state police and paramilitary forces at the parade ground, the public relations department official said.

He said the function will be a low-key affair sans any cultural event considering the pandemic protocols.

A total of 22 persons, including government officials, healthcare personnel, pandemic volunteers, will be felicitated for their commendable service during the pandemic. Besides, four government hospitals will also be feted for their exemplary performance in providing treatment under the Ayushman card scheme, he said.

No cultural programmes will be held in Raipur and other district headquarters. The COVID-19 norms including wearing of masks and physical distancing will be strictly followed, the official said.

State ministers and parliamentary secretaries will hoist the tricolour in headquarters of other districts, he added.

The state government has decided against holding public programmes at the tehsil and janpad levels where the national flag will be hoisted by presidents of the concerned janpad panchayat and other urban bodies at their respective offices, he said.

In those schools which are open, flag hoisting can be held barring rallies, competitions and cultural functions, according to the official.

I am the founder and Chief Editor of OnlineWiki.in, Our goal is to provide the most entertaining and useful content for our users. For any issue, support, or anything else contact us onlinewikis[@]gmail.com