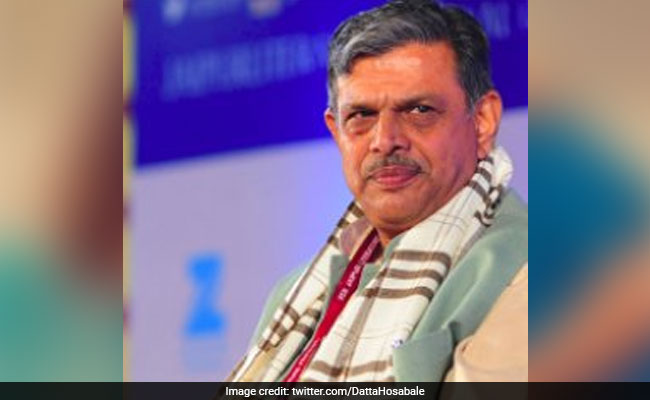 Asserting that RSS is a “strong supporter” of reservation, the organisation’s general secretary Dattatreya Hosabale on Tuesday said it is a tool for affirmative action and should continue as long as a particular section of the society experiences “inequality.”

He was speaking at an event organised by the India Foundation for the launch of a book, titled “Makers Of Modern Dalit History”.

“History of India is not different from History from Dalits. Without their history, India”s history is incomplete,” Mr Hosabale said.

Talking about reservation, Mr Hosabale categorically said he and his organisation Rashtriya Swayamsevak Sangh “are strong supporters of reservation.”

He also said, “Social harmony and social justice are not political strategies for us and both of these are articles of faith for us.”

Stating that reservation is a “historical necessity” for India, Mr Hosabale said, “It should continue as long as there is inequality being experienced by a particular section of society.”

Describing reservation as a tool for “affirmative action”, Hosabale said that reservation and reconciliation (between all sections of society) should go hand in hand.

He also said it would be unfair to term the personalities who led social change in the society as “Dalit leaders” as they were leaders of the entire society.

“When we discuss the various aspects of SC and ST sections of society, invariably certain aspects come to fore such as reservation. My organisation and I are strong supporters of reservations for decades. When there were anti-reservation protests in many campuses, we passed a resolution and organised a seminar in Patna in support of reservation,” Mr Hosabale said.