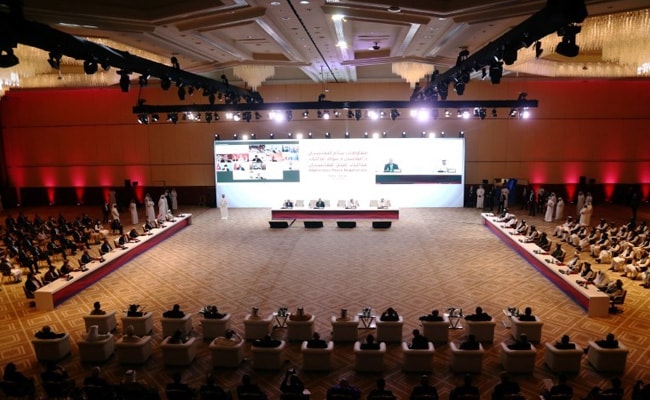 A spokesman for the Taliban’s political office told Al Jazeera TV on Tuesday that the group is committed to the negotiation path in Doha and does not want it to collapse.

A member of the Afghan government delegation in the Doha negotiations also spoke to the Qatar-based channel, saying the government demands a mediator in the negotiations “to determine the seriousness of the parties.”

The Taliban spokesman said that “it was the government that rejected the principle of a mediator, not the Taliban,” according to Al Jazeera.

“We ask the international community to accurately assess the reality on the ground,” he added.

The Afghan government delegation member told Al Jazeera that the “Taliban has no interest in negotiating, but rather in achieving its goals with violence. The international community should pressure the Taliban to show seriousness.”