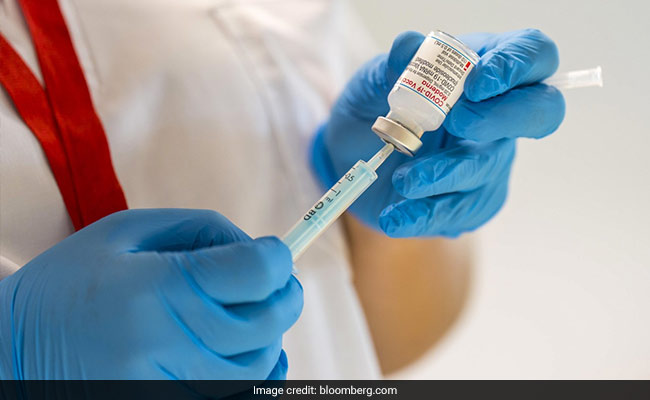 The FDA is closely monitoring data on studies of additional doses in immunocompromised people.

U.S. drug regulators are set to clear a third dose of Covid vaccines for people with weak immune systems as a new study showed the benefits of an extra shot in transplant patients.

A third dose of Moderna Inc.’s vaccine significantly raised antibody levels against the coronavirus in transplant patients, according a comparison of an extra shot to a placebo in people with weak immune systems. The Food and Drug Administration is set to amend clearances as soon as Thursday for vaccines from both Moderna and Pfizer Inc. to allow extra doses for people with compromised immune systems, according a person familiar with the matter who spoke on condition of anonymity.

Transplant patients and others with weak immune systems often don’t get adequate responses to their first vaccine course and are at the top of the list for getting potential Covid-19 boosters. An advisory committee to the U.S. Centers for Disease Control and Prevention is set to discuss booster shots for immune compromised people this Friday.

The FDA is closely monitoring data on studies of additional doses in immunocompromised people, according to an email from the agency that said it would share more information in the near future.

The new study of 120 transplant patients looked at the effects of a third dose that was given two months after the second. A month after the third shot, 55% of those who got it developed antibody levels likely to provide significant protection.

Among patients who got a placebo shot, rather than the third dose, just 18% showed the desired antibody levels, researchers at University Health Network in Toronto found. The findings from the Ajmera Transplant Centre at the network in Toronto were released Wednesday in the New England Journal of Medicine.

“I am pretty excited about the results,” said Atul Humar, a study author and chief of transplant medicine at Toronto General Hospital, one of several University of Toronto-affiliated hospitals in the network. “It is a slam dunk.”

The results have been shared both with Canadian regulars and the U.S. Food and Drug Administration, he said. Moderna had no role in the study.

The Toronto researchers began the study after noticing that transplant patients who had gotten two vaccine doses still kept getting sick with Covid, according to Humar. They picked the Moderna vaccine for the three-dose study because it uses a higher quantity of messenger RNA than a similar mRNA shot from Pfizer Inc. and BioNTech SE.

Counts of protective T-cells, another key immune fighter, were also higher in patients who got the the real third dose rather than a placebo. The extra shot wasn’t associated with any cases of organ rejection, and typical side effects from Covid shots were only slightly more common after the third dose versus placebo. The study was too small to assess whether the third shot prevented people from becoming ill with Covid.

“At this juncture, the benefit of third-dose vaccination, at least with the mRNA-1273 vaccine, appears to outweigh the risks,” two editors of the New England Journal concluded in an editorial accompanying the study.

NBC News reported the news of the FDA’s plan to clear the shots earlier Wednesday.

–With assistance from Emma Court.