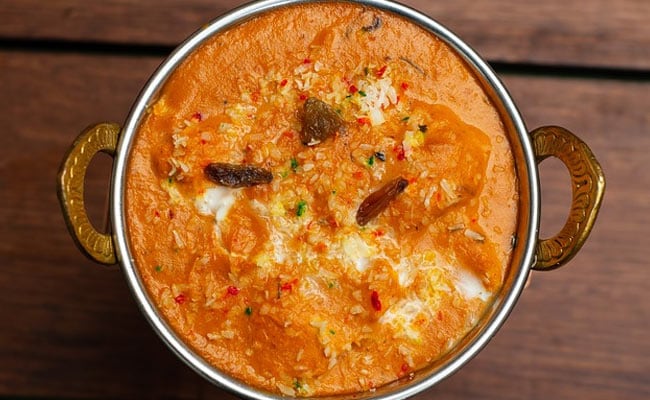 There is a war brewing on social media over a simple word: curry. Over the last few days, several people have offered their take on whether or not the term “curry” has racist overtones – as suggested by an Indian-American food blogger. According to Sky News, it all began when food blogger Chaheti Bansal, 27, shared an Instagram video earlier this year urging people to “cancel the word curry” since it has its roots in British imperialism. Ms Bansal, who lives in California, said in her now-viral video that the term “curry” has been misused in the West to describe any dish made on the Asian subcontinent.

Curry is an umbrella term “popularised by white people who couldn’t be bothered to learn the actual names of our dishes,” she said.

Curry has often been named as one of Britain’s favourite dishes. It has long been used as a blanket term to describe any South Asian dish with gravy or stew – but as an associate professor at the University of Vermont points out, the word “curry” itself does not exist in any South Asian language.

“The word curry does not exist in any South Asian language to my knowledge,” said Professor Morgenstein Fuerst to NBC News. “Curry is one of these words that most historians attribute to the British bad ear.”

There are different theories on the word’s origin, but the most popular says that British colonisers misheard the Tamil word “kari”. British officers in 1850s India started labelling all desi dishes as curry as a way to avoid learning their different names of regional dishes, said Ms Fuerst.

The controversy over curry has divided social media – with some agreeing with Chaheti Bansal’s take on the issue and others in vehement opposition to it.

Serious Indian food writers have been saying this for 50 years.

If the word ‘curry’ is now deemed to be racist, then I need to leave this planet with immediate effect. pic.twitter.com/T9c5Lvepqg

Haha i think where she was coming from was this: people seem to always generalise indian liquid-based dishes as ‘curry’ and that she probably just wanted people to be more specific about the variation. Almost as if people call all Italian carb-based dish as just pasta.

“As a person of Indian heritage, curry is not and will never be racist,” said one Twitter user.

As a person of Indian heritage, curry is not and will never be racist, just absurd 🤦🏽‍♂️ I’m pretty sure anyone with half a braincell would agree.

“I also hate too much usage of curry word as all-encompassing term,” another countered.

I also hate too much usage of curry word as all encompassing term.
Negative stereotype created by British colonialism. https://t.co/KBDibNWVVc

Cyrus Todiawala, the Indian chef behind Cafe Spice Namaste, has dismissed Ms Bansal’s claim. According to the Express, Mr Todiawala insisted the word “curry” is not racist but said that lack of “information” about the diversity of Indian cuisine has led to its widespread usage.

Where do you stand on this debate? Let us know using the comments section.