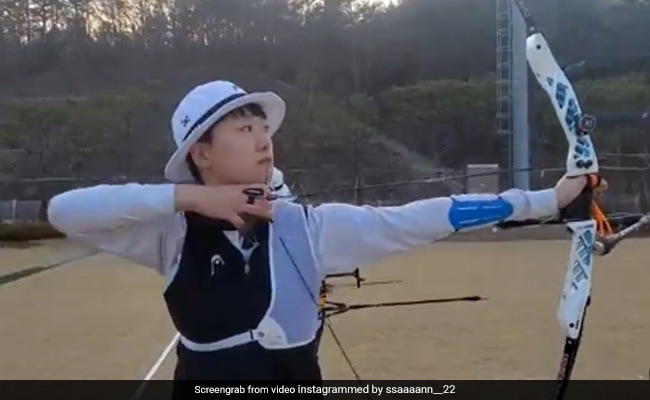 South Korean archer An San has faced online abuse for her short hair.

South Korean archer An San won three gold medals at the Tokyo Olympics, but mixed with the praise and adulation she received back home was also criticism over her short hair. The 20-year-old faced online abuse from people calling her hairstyle “feminist” – a term that in South Korea is often associated with being a man-hater, reports BBC.

“We didn’t train and feed you with tax money so that you can commit feminist acts,” read one comment on her Instagram.

“It’s good she got a gold but her short hair makes her seem like she’s a feminist. If she is, I withdraw my support. All feminists should die,” another man said in a post.

In South Korea – a place with strict and unforgiving beauty standards for women – long hair is seen as a symbol of conventional femininity. An San’s decision to wear her hair short was seen by some as “violating’ society’s idea of what a woman should look like”, Ryu Hyeong-rim, an activist with Womenlink, told UPI.

But where she faced abuse from trolls, An San also found support from thousands of women who rose to her defense. According to BBC, women across the country have been sharing pictures with short hair as part of a campaign in support of the Olympic archer.

Many also shared ‘before and after’ pictures with the hashtag #women_shortcut_campaign

The “#women_shortcut_campaign” was started by Han Jiyoung, who says she was inspired to start the campaign after she saw the vile comments directed at the 20-year-old athlete.

“This kind of mass attack… sends the message that men can control the female body and a message that females need to hide their feminist identity,” she said.

“I thought starting a campaign for women to [show off] their short hair and to show solidarity to female Olympians would be effective in tackling both issues.”

In South Korea, there is growing animosity towards feminism, spurred on by competition for university seats and jobs. Some men in the country feel they are at a disadvantage, having to undergo 18 months of military service which they say hampers their chances of getting ahead. However, South Korea is still at the bottom of The Economist’s glass ceiling index, and women in the country earn only 63% of men’s salaries.